A Great Choice Gets Even Better

A Great Choice Gets Even Better

Honda’s CRF110F is one of our smallest off-road motorcycles, but it’s a giant in terms of features. Especially for 2019, because we’ve given this great little machine some major improvements.

But first, you need to see if it’s the right choice for your young Red Rider. In terms of seat height and weight, the CRF110F lives between our CRF125F and CRF50F. And like those two, it features a rugged air-cooled Honda single-cylinder engine that’s positively legendary when it comes to long life, reliability, and a user-friendly powerband. But check this out: The new CRF110F is now fuel injected—which means you can say goodbye to clogged up pilot jets after the bike’s sat out the winter. It also means easier starting and better running in cold weather or at high altitudes, and less pollution.

Also new this year: More suspension travel, more seat padding, and a new steel frame that’s just as rugged as ever. You still get a proven four-speed transmission and Honda automatic clutch, so you can shift, but there’s no fear of stalling out.

It all adds up to a totally new machine that’s even more fun to ride (and for parents to own). The new 2019 CRF110F. Styled like our championship-winning CRF motocrosses, it’s a better choice than ever.

Enquire about this Vehicle 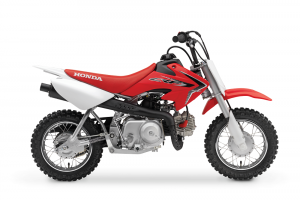 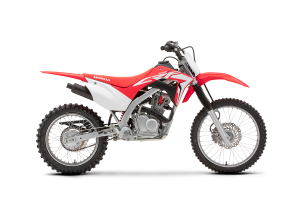 Need Finance? We Have It